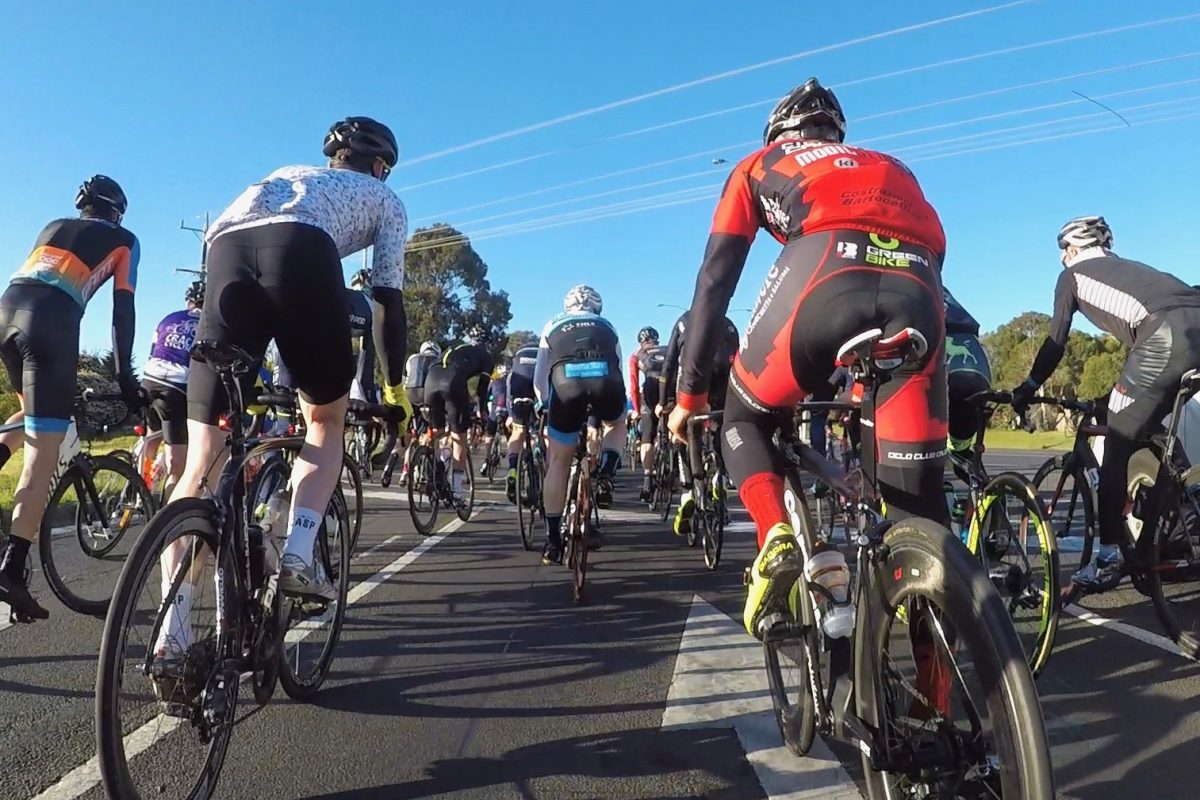 Melbourne’s notorious Saturday morning Hell Ride. It’s the bunch ride that divides the opinions of so many. Some people hate it and call it dangerous, whereas others are fascinated by the size and speed of the bunch. Is the Hell Ride a safe and fun ride for Melbourne’s cycling elite or is it just a bunch of “testosterone-fuelled idiots” with no respect for the law?

Would you pay $10 to see a comprehensive documentary on the Hell Ride? We need you help – our Kickstarter campaign is here

What is the Hell Ride?

Let me give you a quick rundown of the Hell Ride, in case you are not familiar with it. The bunch takes off from the Black Rock clock tower every Saturday morning at 7 am – rain, hail or shine. Usually the starting bunch will consist of at least 50+ riders and up to twice that number on a nice summers day. From Black Rock, the group makes its way down Beach Road, then the Nepean Highway down to Frankston.

The bunch will continue to pick up riders along Beach Road, making this quite a large group of 100 + cyclists at times. With a group this size, riders can sometimes end up riding three or four abreast. These days, a police escort will follow the group for substantial parts of the ride, if not the whole way.

In Frankston the bunch will push up Oliver’s Hill to reach the turning point in Mount Eliza. The hill is steep and only the stronger riders will manage to stay with the group on the way back to Black Rock.

As the bunch nears the Black Rock clock tower, the most eager riders will position themselves for the sprint finish or perhaps a chance for some Strava stardom. The sprint finish is often mentioned as one of the most dangerous parts of the ride. The group of fast and furious riders sprinting amongst cars and recreational cyclists has previously caused accidents and media headlines.

The Hell Ride distance of 62.4 kilometres is usually covered in just under 90 minutes which makes the average speed somewhere around 45 kilometres per hour.

The mini documentary is underway

Over the last couple of weeks we have experienced just how high the emotions fly when it comes to the Hell Ride, especially through our social media channels. Some people have vilified the riders who participate – and Bike Chaser for “glorifying dangerous activity” – whereas others are eagerly awaiting the final documentary. In all honesty, we are excited about publishing the overview in early 2018, but also slightly nervous about the quality of the debate that might follow. Hopefully, you’ll all help to make it a productive debate.

In the meantime, make sure you subscribe to our newsletter to get first access to the final video.