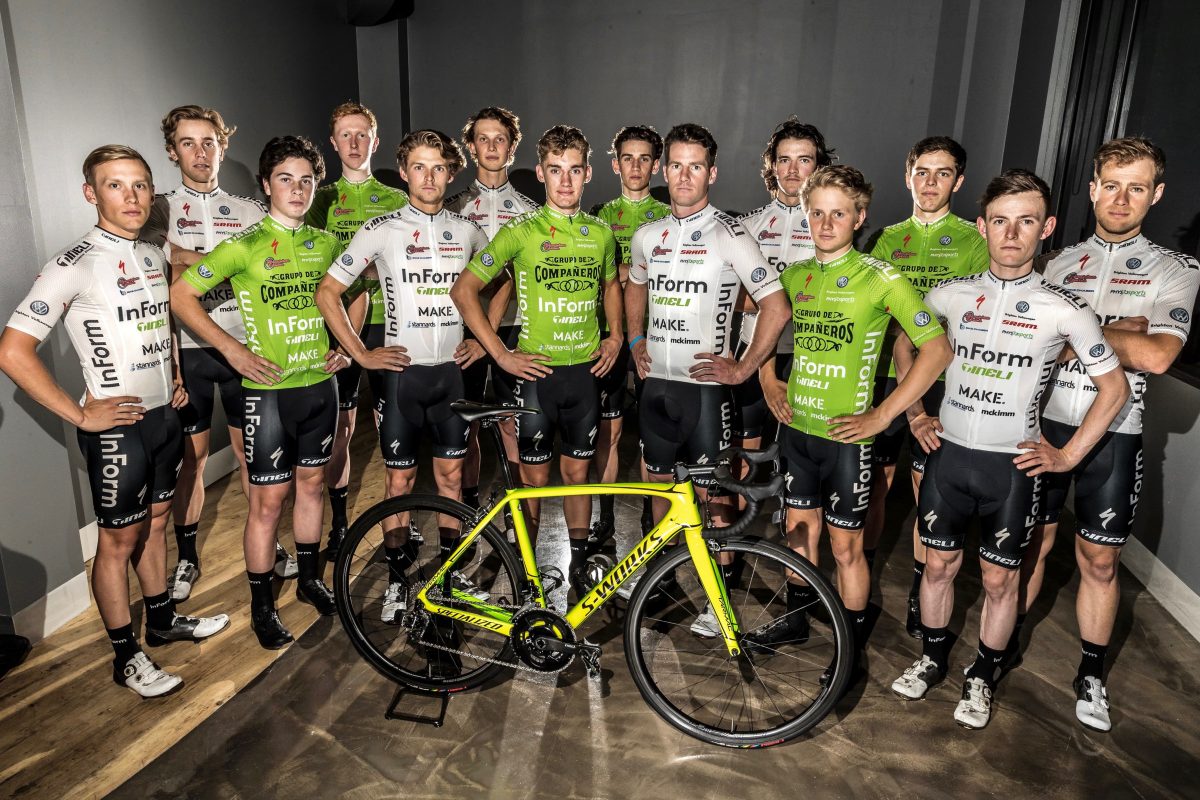 In this very first edition of “The Hollywood Hour” podcast, Lee is speaking with Cameron McKimm, team owner of InForm Make, a National Road Series team based in Melbourne, Australia. This article and podcast discussion outlines the motivation behind starting and developing a national road team, in addition to the challenges and opportunities that come with it.

InForm Make have had a very respectable first season in the NRS. Not only have they developed juniors – with some already moving onto the international scene – they’ve also been highly competitive, recently celebrating their first NRS stage win at the Tour of Gippsland.

The rapid development and success of InForm Make – at both local and national levels – leads to a very insightful conversation about cycling team management and participation in the National Road Series.