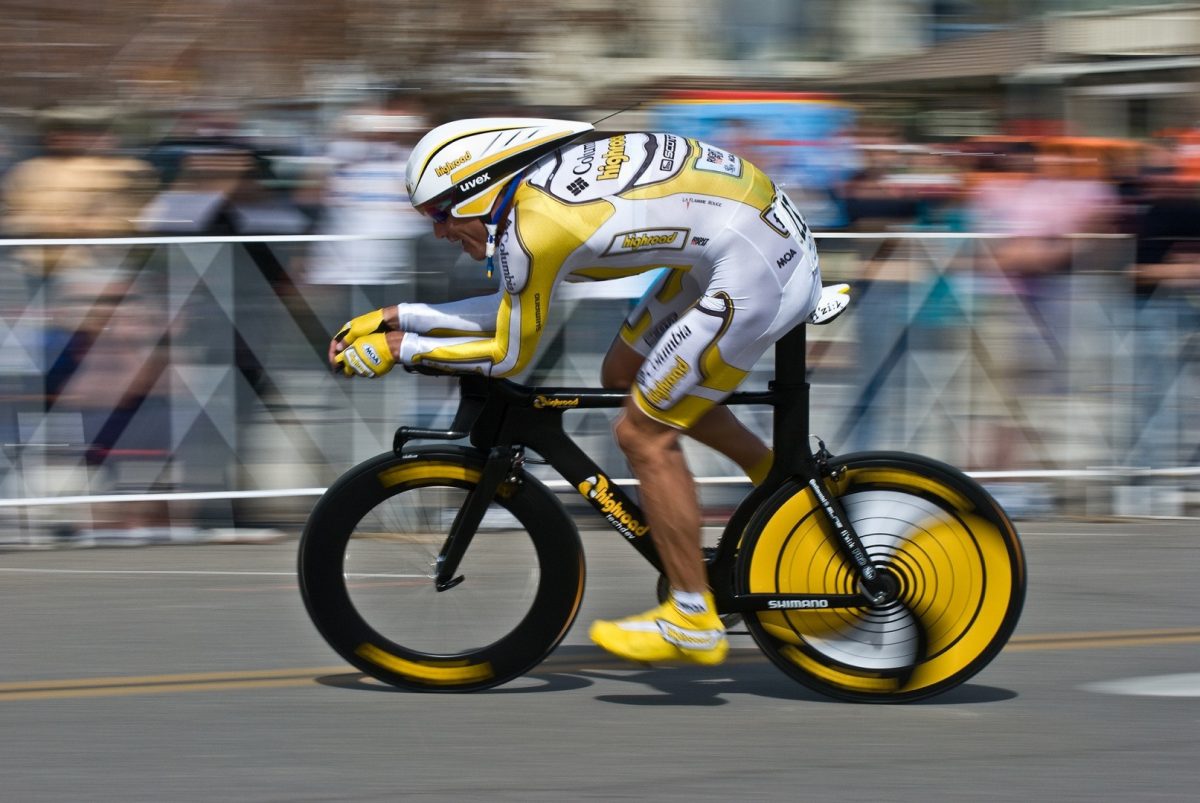 After riding 3,430 km over three gruelling weeks, number two and three in the 2011 Tour de France, brothers Andy and Fränk Schleck, are standing on the Tour de France winners podium, waiting to welcome the winner. Up steps 34-year-old Cadel Evans, with a satisfied look on his face: mission completed. Since Cadel hung up his mountain bike to join the ranks of professional road cycling in 2000 he had worked tirelessly for this very moment.

It had been an 11-year journey of much more than just long rides. Hours, weeks and months had been spent studying and understanding the mechanics of his bike, the physiological abilities of his body and the strengths and weaknesses of his mind. Cadel was not just an excellent rider with an outstanding physique – he was a true cycling scientist. In the end, Cadel’s devotion to learning and pushing his boundaries made him a true champion.

To answer these questions and understand what makes the difference between a super athlete and the rest of us, we caught up with an expert in the minds of elite athletes, clinical psychologist Dr. Luke Henderson. Luke consults with the Australian Football League Player’s Association where he works with individual players and teams on a range of topics from specific mental health issues to performance enhancement and sports psychology. Luke is also a regular at the Australian Institute of Sports where he has worked with elite cyclists, triathletes and runners. From his own clinic, Vitalise Psychology, he runs individual and group sessions focusing on positive aspects of human psychology such as wellbeing, happiness and performance enhancement.

Luke is no stranger to physical performance himself. As a self-described “weekend warrior”, he has so far completed six marathons and numerous Sprint and Olympic distance triathlons. At the moment he is preparing for the Melbourne Marathon, Noosa Triathlon and Ballarat Half Ironman which are all coming up within the next six months.

It starts with the right mindset

Having worked with a large number of elite athletes, Luke is very clear on what makes a superstar: it all starts with the right mindset.

“The thing that I find time and time again with elite performers is what they call in psychology a “growth mindset”. To distil that down, it’s about worshiping the journey, which means focusing on process more than outcome and really valuing effort of effort’s sake.”

“When we get too caught up on the outcome, or too caught up on the long term goal I think that can actually mean we are not able to enjoy or maximise the journey to that goal. Elite performers are able to recognise the benefit and the value in just trying your hardest.”

The ability to focus on the journey rather than the final outcome has a large impact on how an athlete will keep themselves motivated to push through hours of gruelling training and practise. With the right mindset comes the belief that anything can be accomplished as long as you practise it long enough: “Another key aspect is the interpretation of performance as an opportunity to grow, learn and develop – not as a time where you have to prove yourself. Instead the focus shifts to what you can learn and how you can grow from this performance, so that your next performance is better”, Luke says.

See also: How to Become a Better Cyclist: 10 Insights from an NRS Rider

From good to great

The right attitude towards learning and development is the foundation for any elite athlete to achieve success. However, the ability to keep focus for prolonged periods is what takes someone from good to great.

“Elite performers are often those who are able to focus for prolonged periods of time and not get distracted during a performance by maintaining their focus on what is performance enhancing at that moment.”

According to Luke, you can enhance your performance by shifting your awareness to certain cues: “I often talk to athletes about performance enhancing vs. performance distracting cues. There are a lot of different things that can pull our attention, some that help in that moment and some that make it harder for us to perform. For example if you’re in the middle of a really tough training session, and what’s going through your mind is “this is really hard I can’t do this, this is really painful” and you’re focusing on that pain, then obviously that’s going to make it more difficult for you to complete that training session.”

Shifting your focus from distracting thoughts during a performance can be achieved by focusing on the basic actions of the body: “I often say to athletes, if you spend long enough caught up on your thoughts when you’re training or racing, eventually they are going to come up with a reason you should slow down or you should cut your training session short.”

“If you are able to focus on, for instance, your breath and just keep the focus on the breath then you will be able to get the most out of yourself and push though.”

Of course the best athletes also rely on clear and specific training plans in order to reach the pinnacle of their abilities. The combination of mindset, absolute focus and the right training is what puts elite athletes ahead of the rest of us.

“I talk a lot about having really clear training plans and clear intentions with your training. Each time you go out on the bike or each time you go for a run, have a clear intention on what you want to do during the session, and how committed you are to doing that. When commitment is not 10 out of 10 it’s just not going to happen. I think this relates to not only elite athletes but also your weekend warriors or amateur athletes.”

True champions are not born, but made from years of relentless effort and faith in their ability to continue to improve. Cadel Evans, Tiger Woods and Michael Jordan all stand out from the rest because they did not just rely on their natural talents but instead left nothing to chance.

One thought on “Inside the Mind of an Elite Athlete”