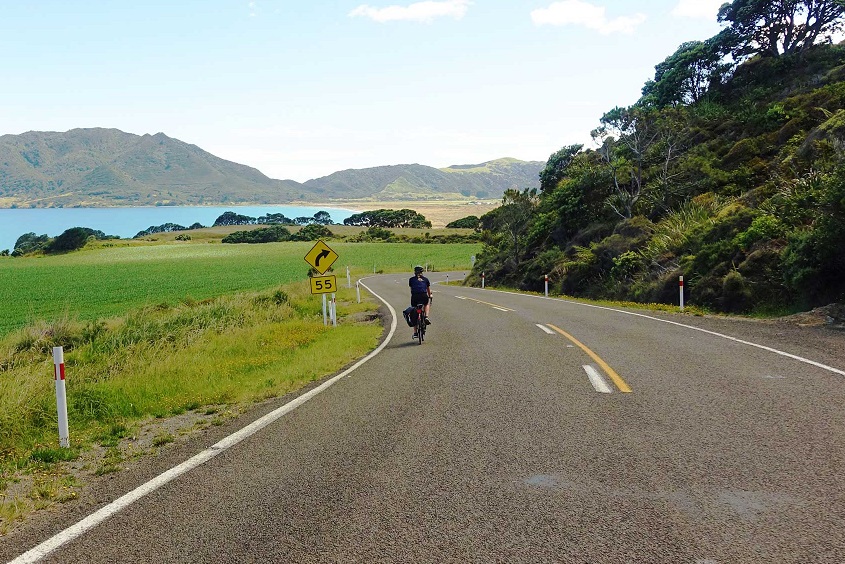 For me, this story starts pre-dawn, Good Friday, 2016. Prior to that date I rode on our roads without fear. After it? Well, not so much.

You see, that was the day that Christian Ashby decided to go riding early so that he could be back in time to have breakfast with his young family.

He never made it.

Instead he was left lying in the middle of the road by a callous, drug affected driver, who had swerved to the wrong side of the road and collected him head on.

The then 36 year old should have died. Organ failure, broken bones, punctured lungs, a shattered pelvis, a ruptured kidney and catastrophic bleeding headed the long list of injuries that doctors had to deal with when they finally got to see him.

A fortnight in an induced coma, 108 days in three different hospitals, countless painful hours of ongoing rehabilitation and a drop in weight to just 58 kilograms were only some of the battles that Christian had to face.

Then a year later, on the outskirts of the very same town, local cyclist Luke Taylor was hit by a ute. He too, should have died.

A fractured pelvis, fractured femurs in both legs, a fractured tibia, a fractured fibula, a shattered elbow and humerus, broken ribs and vertebra, bruised kidneys, a split bladder and a wound from the buttocks to the groin headed Luke’s injury list.

14 hours of surgery, an induced coma, and a painful, ongoing rehabilitation were his reward.

Two months later, on the other side of the same town, a 59 year old cyclist was hit from behind and rushed to hospital with head injuries.

The town is Ballarat. It’s where I live.

A year ago I was riding up to 200 kilometres per week. Now I am lucky to be riding 50. The incidents have had an effect.

I didn’t know the cyclists involved in the accidents but I know the roads where they were hit. I ride on them. All of us in Ballarat do.

Christian Ashby was hit on Wendouree Parade, perhaps the most popular cycling route in Ballarat. It circles the city’s beautiful lake and curves its way past the botanical gardens. You can’t find a more picturesque place to ride. It has a bike lane for its entire length and much of it is protected by a speed limit of 40 kilometres an hour. It should be safe. I’ve ridden it countless times. So have my sons.

Luke Taylor was struck down on Cuthberts Road. It leads from the busy Ballarat suburb of Alfredton, out into the countryside, through quite farmland, and onto Lake Burrumbeet. The section where Luke was hit would be lucky to get one car every five minutes. It is one of my most frequented routes and most Ballarat cyclists would have ridden out that way at some time.

It makes you think.

For years I had ridden on the road without fear. Sure, there were moments that frightened me and some heart thumping near misses, but you put it behind you and get on with things. Getting knocked off your bike and seriously injured were things that happened to other people, in other, busier towns.

Besides, I only rode on ‘safe’ roads. But then, so did Christian Ashby and Luke Taylor.

Rebekah Stewart was a disqualified driver when she slammed into Christian Ashby. The 23 year old was under the influence of the drug ice and driving an unregistered car. She was also on the wrong side of the road. The mug shot carried by the newspapers showed an image of a young woman with a vacant stare.

She is the type of driver that a cyclist does not want to come up against. Even if 99% of motorists are respectful to bike riders, it means nothing if the 100th car that you come across that day fails to avoid you. It only takes one accident to ruin your life.

I’m not the only one to have started thinking this way. A single father I know has given up road riding all together, scared of what will happen to his kids should he get run down.

I am certain that Rebekah Stewart didn’t set out on Good Friday morning with the intention of mowing down a cyclist. But just by getting in a car that day she broke a whole list of laws. And when she ploughed head on into Christian Ashby and kept driving, she added heartlessness to the charges as well. When she fled to a friend’s house, hid her car, and claimed that she had hit a kangaroo – well, that’s just plain evil.

Acceptance of riders on the road through a change of culture or attitude will help, but not necessarily eliminate the problem. There will still be accidents due to the factors listed above, and events such as the Hell Ride along Melbourne’s Beach Road – as featured in Bike Chaser’s upcoming documentary – will still polarise the community.

Christian Ashby and Luke Taylor are inspirations, but not by choice. The way they have fought back from their injuries and tried to move forward with their lives is an example to us all. But they didn’t deserve the pain and suffering that came their way. They didn’t deserve to lose the quality of life they had attained or be forced into the realisation that they would never again be fit and active members of the sporting community. Their families didn’t deserve to be put through the agony of not knowing whether their loved ones were going to live or die.

So we try riding on quiet roads, but quiet roads didn’t save Luke Taylor.

We try riding in dedicated bike lanes along roads with restricted traffic speeds, but that didn’t protect Christian Ashby.

We try riding in groups, safety in numbers right? But that didn’t save Amy Gillett.

So where can we ride?

“I want all road users to understand cyclists are real people with real lives and families to go home to, and that the consequences of being hit by a car can be catastrophic.”

Unfortunately, for some of us though, the ride is already over.

This article is nothing like I imagined it was going to be when I started writing it. It actually took on a life of its own and became a lot more personal and emotive than intended. I also think it became a stronger piece of writing because of that emotion. But a funny thing happened after I finished it. I wanted to ride again. In fact I had an overwhelming urge to jump on the bike and go for a spin.

Sure, the brilliant sunshine and the light winds may have had something to do with it, but I also think that getting my concerns down on paper and airing my fears actually helped me put things into perspective. Yes, it can be dangerous out there on the roads, but things are improving, if ever so slowly.

The minimum passing distance campaign is having an effect. I took notice on my last ride and cars did seem to be giving me a little extra room. Most of them anyway. The other heartening thing – despite it being brought on by tragic circumstances – is the outrage and support coming from the general community when a serious accident involving an innocent cyclist occurs. That can’t be all hot air.

Both Christian Ashby and Luke Taylor made mention of the wonderful support and encouragement that was given to them by their local communities after their accidents. It shows that, generally speaking, cyclists are being accepted as genuine road users. Respect is building, otherwise that outpouring of grief/sorrow/support wouldn’t be there.

The awareness that cyclists are vulnerable road users is spreading and that can only be a good thing. I find this is what I am focusing on now when I jump on my bike. Road cycling is wonderful, so wonderful in fact that once you are bitten by the bug, it is very hard to deny yourself the pleasure. I am rediscovering that pleasure now, comforted by the thought that a change in attitude toward cyclists riding on the road is well in progress.

READ NOW – Hating on Cyclists: There’s Something Wrong in Australia