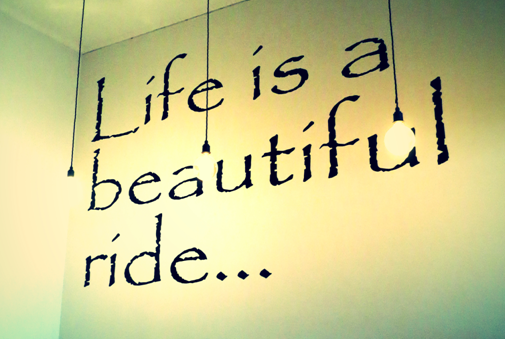 He missed a bike ride with Eric Bana for our interview. This apparently isn’t a big deal, Jim tells me – as Bana is a regular at Café Racer and chats with him often. I tried to feel less bad about that, whilst sipping an impeccably made flat white and trying not to imagine the man of Troy in lycra.

“We’ve come back because of the operator. It’s because of Jimmy”. A cyclist says to me while ordering his coffee. “He’s the magic.”

And magic he is. Café Racer’s new owner is Jim Noutsis – a twelve-time ironman triathlete faithfully riding Beach Road for the last 14 years. He got into triathlons in the mid-eighties (before most) when one Sunday afternoon he sat on Elwood Beach watching the finish of a triathlon. As he sat musing that he’d like to do something like that one day (without quite knowing what it was) his wife and best friend both said “I dare you” and that was it. By Monday, Jim was in the pool, learning how to swim.

The establishment has taken some time to get to Jim’s hands. It was initially opened by avid motorcyclist Danny Colls in 1995, and changed hands a few times further before the previous owner (Alex Wu) sold to Jim in March this year. Before this final exchange the Café had lost a lot of its patrons. Previous management teams just didn’t have the deep love for cycling that their regulars had, and the Café itself became a more generic business, losing its precious community vibe. The cycling community started to find new places to hang out.

After a few exploratory conversations from Jim, Alex was happy to pass the reins back to someone truly immersed in the cycling world.

Jim’s mission is simple – it’s all about the people. He is steadily bringing Café Racer back to its roots, and back to everything people loved it for. A real meeting place to bump into old friends, hang out, and simply share the love of cycling. Whilst being an avid bike man himself, he is careful to ensure the environment doesn’t make non-cyclists feel excluded. It’s minimalist and polished enough for all to enjoy and feel right at home. With a creative and passionate new chef at the helm crafting specials every weekend, and two powerhouse baristas front of house, you’re in some capable hands. The coffee blend is Genovese and it’s amazing. I wanted five. As a father and son project, Jim and his son David took jackhammers to the walls, discovering some hidden gems beneath all the plaster and cement. They restored the exposed brick, dug out a working fireplace and cleared out an old window that had been sealed up – as well as doubling the kitchen size. David (previously a visual merchandiser with Country Road) brought elements of simplicity and restraint, ensuring the overall look remained clean and uncluttered.

The aesthetic has been completely transformed to one of a warm, modern and hip café with dropped lighting, comfy couches by the fireplace and wide open doors welcoming in the sunlight and beach views. Café Racer re-opened on March 18th 2014 for Ironman week, hosting the annual Ironman press conference and launch. Jim is a host for TriTravel each year in Hawaii, which gave him fantastic connections within the international Ironman set, and led to the request that he host the gig. It was a brutal first two weeks. “We got killed,” says Jim. “We just had lines going out the door. It looked like a Greek wedding outside”.

Since that ferocious opening it’s been a steadier rise in picking the business up again. They’re happily hosting private functions. The café offers free WiFi, so cyclists are going out for a ride, then coming back and having meetings there. 7-9am is still their busiest time on weekdays, and they’re “jammed” by 6.30am on Saturdays when cyclists are coming in for breakfast after their morning rides.

Friends of the Racer

Jim is steadily building partnerships with key brands on the circuit. As well as the Ironman launch, Melbourne-based women’s cycling team NextGen Racing held their launch at Café Racer on March 20th, during re-opening week this year. The Melbourne Liv girls often head off from Café Racer on the weekend. Oakley have run a few days at the café where they display their wares and pick up the coffee tab for a couple of hours, and Lenicks of Black Rock have been organizing ride days to Café Racer.

He’s a natural on social media, connecting with cyclists in an honest and relatable way – a guy you want to have a beer with.

Returning from a Tour De France trip a few weeks ago, Jim had his team of 15 friends all decked out in Café Racer kit. As they pushed through the stages, Aussie spectators were recognizing the brand and shouting words of encouragement – ‘Café Racer!” “Racer!” “Melbourne!” which was a fantastic feeling for the group. Giant did a special paint job for Jim’s bike, and sponsored his ride. The road is looking bright for the new Café Racer champs, and deservedly so.

Have you been in recently? Feel like it’s been transformed? We’d love to hear about your visit in the comments below!