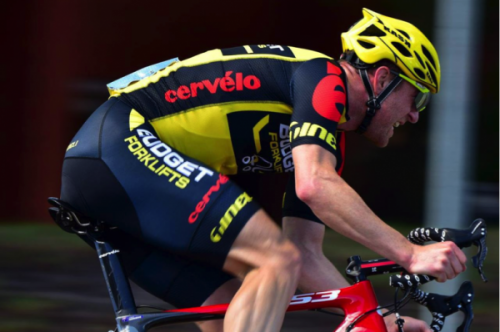 “I like to race on emotion. It doesn’t matter how much you’re hurting or how much you’ve left out on the road, you can always find that little bit more… and it all comes from an absolute desperation and need to win”.

Tommy Nankervis has a passion for cycling. You can hear it in his voice and you can see it in his pedaling. He’s also one of the most consistent performers you’ll ever witness. This criterium season alone – in Melbourne’s distinguished criterium scene – he won 13 A grade races, was part of 17 wins, and finished out of the money twice. An astonishing feat, particularly considering it’s a criterium; a race that incorporates high caliber contenders, inconsistent conditions, crashes, and multiple breakaway winners. Many could point their finger at Tommy’s semi professional career as the key reasoning behind such resounding performances. However the A grade pool of contenders in Melbourne’s criterium scene includes other semi professional and professional riders. Even the Orica GreenEDGE guys are commonly found racing down at Glenvale and Sandown (two prominent criterium courses in Melbourne, hosted by Caulfield Carnegie Cycling Club) in the off-season.

There’s no doubt that traveling the world riding in semi professional teams in the US and Europe, and more recently, in the National Road series (with Budget Forklifts) has added to Tom’s repertoire, but it’s not the clincher. There’s something else about Tom…

Tommy’s training regime is not his ultimate secret ingredient, but it’s worth noting. Here’s the structure:

1. Using racing for training at the start of a criterium season;

2. Leveraging the “greatest bunch ride on earth”, Hell Ride; and

3. Squeezing in some two-hour cruises in between all of the high-paced activity

Specifically, at the start of the criterium season, it’s all about getting into “match fitness”. Tom will ride as hard as he can in the early season races, including jumping on moves for the sake of extra efforts, even when he feels like he has nothing left in the tank. This ultimately conditions the body into dealing with the unrelenting attacks and moves an A grade criterium can dish up in any given race. This type of riding is not something riders would consider doing in training, assuming one could even simulate the conditions, so it’s a different approach. “I consciously do more work than I have to in order to carry me through the rest of the season”, says Tom.

In addition to competing in two criterium races a week (typically at Sandown race course on Tuesdays and Glenvale on Sundays), Hell Ride, Melbourne’s notorious fast bunch ride, is another mechanism Tom uses for his training regime. It’s like a race simulation for Tom; he can work on tactics, riding off the front, and using other riders to position himself nicely for the unofficial sprint finish. It’s a great platform for getting speed in the legs and testing himself against some of Melbourne’s finest riders. When Tom has extra time, he’ll grab breakfast after Hell Ride and then head out to the Dandenongs, making the Saturday morning ride a big 150 kilometres.

Lastly, Tommy gets in multiple two-hour spins and cruisy rides during the week. These pace rides are ideal for maintaining continuity in the regime and also continuously topping up the base fitness, which is so critical for maintaining a consistent performance.

Racing on emotion (the secret weapon)

“You can’t see it on a ‘computer screen’”, but it’s perhaps the most resounding takeaway from my discussion with Tommy. While many live and breathe by the Power Meter these days, Tommy removes it from his screen entirely on race day. “one hundred times out of a hundred” it’s the rider with the highest speed who wins, so speed is the number one variable for Tom on race days.

Interestingly, Tommy gets nervous before every race. He’s probably ridden close to a thousand bike races during his cycling career, yet every time he pins a number on, the nerves begin. There’s an inadvertent pressure to get a result. Tommy feels like “the only option is to win”. But interestingly, there is actually no pressure to win. Yes, he wins consistently and people expect the name Tommy Nankervis to appear in the money, but no one’s disregarding him as a top performer if he doesn’t win every race. Yet the pressure keeps consuming him on race day, ultimately keeping Tommy on his toes. “The day I stop getting nervous is the day I stop racing”.

Tommy goes to the start of every criterium with ZERO intention on how he’s going to win the race. The idea is to act spontaneously and with conviction as things unfold, instead of guessing what may or may not happen. However, “as soon as you decide to do something in a race, its with every ounce of your energy”, says Tommy. “I can see stuff happening before my very eyes.”

In addition, it’s also important to know who’s in good nick, and who’s not. Or, if you don’t know the rider making a move, look at the way in which they attack; the explosiveness and/or the conviction in the body language is a telltale sign of whether they’re going for the long haul or not. “If that guy looks like he’s going for the finish line, I’m going with him,” says Tommy. Careful consideration needs to be made, however. You can’t go with all the moves; you’ll break yourself trying to bridge across silly gaps. The cutting off point, when a break is up the road, is one full straight (which is roughly 350 metres, or a twenty-second gap) according to Tommy. If he gets caught out, he’ll use the bunch to his advantage by doing some turns up the front and getting people to work with him to close the gap.

Tommy rides as effectively as anyone. In fact, he genuinely believes he’s one of the weaker endurance riders in most breakaway groups. He spent a lot of his junior years (when he was riding track) learning how to ride efficiently. While he loved riding the track as a junior he was “too busy playing footy and being a kid to invest into the required training to match it with the other junior riders” (from a raw fitness perspective). So he learnt to be smart. So much so that coach Mick Hollingworth said “Tom, you’ve learnt to ride so efficiently if you ever decide to put in the training, one day you could be a top performing cyclist”. As a result, Tommy knows where to sit; the perfect spot in the break or in the bunch. He feels and rides to the wind. He either backs it off or gives it a little bit more before a corner to optimize momentum into the next straight, and, he sits right up on the wheel in the most draft relenting spot:”I couldn’t tell you how important this stuff is”.

Nevertheless, Tom’s strength over other riders still shines through at the finish line. It’s hard to put into words, so if you get the chance, please make sure you listen to the podcast interview with Tom (in the link at the top of this article). Tom describes the final moments of a few races in particular, articulating what some may perceive as impossible. “Sometimes I’ll get double teamed. I’ll have to chase the entire final lap with riders sitting on my wheel before I get up for a sprint finish. It’s what you do when you have a number pinned on.” Easier said than done, and perhaps why ‘riding on emotion’ will deliver above and beyond what any number might suggest on a screen.

Where to catch Tommy Nankervis

Currently Tom’s pimping with “De Tours Melbourne” a “fun” team he’s joined to continue the passion for riding without having to “pack the bike into a bike bag every other weekend”. He also works for Tineli Australia, providing local teams, businesses and social groups with quality custom cycle wear. If you’ve got some need in this area, feel free to reach out to Tom directly on Tommy@tineli.com.au.