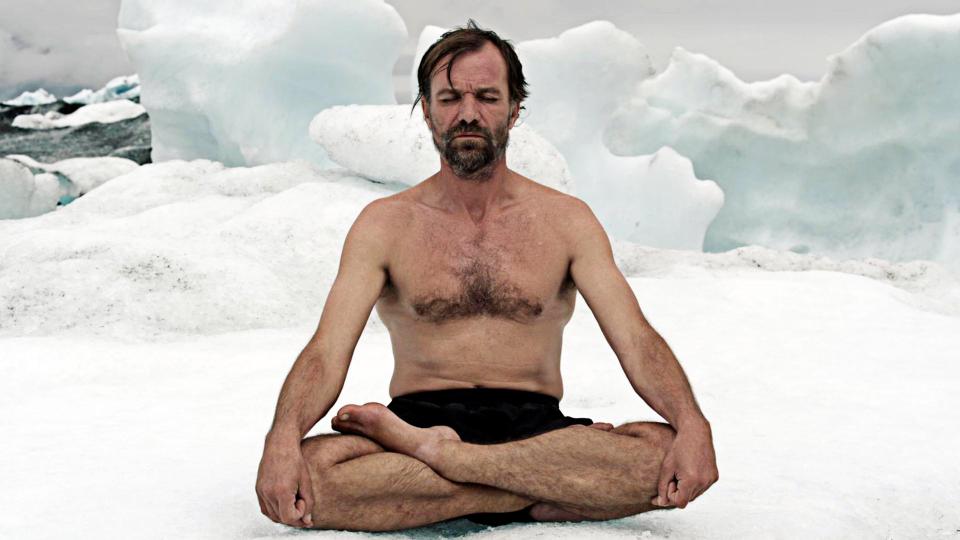 We look at the extreme, possibly super human Wim Hof.  How he does what he does, and how his lessons can benefit your overall health, wellbeing and performance (on and off the bike)

We all want to lead healthy, happy, more fulfilled lives and perform better on the bike. The question is “What are you willing to do to achieve it”

If you’re looking for something worthwhile to explore — the Wim Hof Method might be just what you need.

Who Is Wim Hof?

Wim Hof, born 20th April 1959, also known as The Iceman, is a Dutch extreme athlete noted for his ability to withstand freezing temperatures. The Iceman holds a staggering twenty-six (yes, twenty-six!) world records – the longest ice bath (one hour and forty-four minutes) / running a full marathon in the Namibian desert without water, and completing a one finger hang at an altitude of 2,000 meters to share just a few. To read more about his records head here

Wim Hof seems to possess a superhuman ability to withstand the extremes of Mother Nature, yet suffers no ill effects. Hence, his nickname: The Iceman. He explains that there is a method to his madness — that the physical feats he’s accomplished can be attributed to his ability to control his inner nature. And that’s what the Wim Hof Method is all about.

What I am capable of, anyone can learn.

So, how is this actually possible?

How Does The Wim Hof Method Work?

The Wim Hof Method (WHM) is based on three powerful pillars.

Cold therapy is something that is the foundation of the WFM. Cold therapy involves exposing yourself to cold in a proper, controlled way.   Cold therapy has a host of powerful benefits for the body, including:

And no, you don’t need to go to cryotherapy chambers to partake in cold therapy, you can do it right at home (and no ice baths in sight – unless you really want one).

We breath all the time right, but do you breath correctly and in a way that unlocks the tremendous potential. Wim’s breathing techniques create heightened oxygen levels, which holds massive benefits for everyday cyclist.

This practice helps cleanse the body of excess carbon dioxide that is not expelled from normal breathing. By taking deep, rejuvenating breaths, we flush our bodies and cells with much needed oxygen.

This pillar has been proven to unlock immediate improvements in performance. As just one example, check out Vishen Lakhiani and the push up achievement he didn’t think was possible.

The final pillar of the WHM is the foundation of them all, even though there is no specific practice for this pillar. Success with the WHM requires patience and dedication, which is what this pillar provides in order for you to master your mind and body.

The only way to truly understand how the WFM could improve your overall health, vitality and performance is to check it out yourself.  We recommend to start with either the

Feel free to drop in your comments / experiences with the program for other readers.

If you’re anything like us, you’re passionate about cycling. It’s the freedom of being on a bike, the burning feeling through your legs when you climb a steep hill, the feeling of accomplishment after a big ride and the competitiveness and camaraderie that makes the sport so enjoyable.

And then, of course, there’s all the gear! You’re on a constant hunt for the newest and latest equipment. Equipment that will make your ride feel lighter, faster and perhaps even a little cooler. That’s what we love about cycling (just as much as having that latte at the end of a ride). Bicycles, wheels, components, saddles, handlebars – it’s never-ending and so much fun.