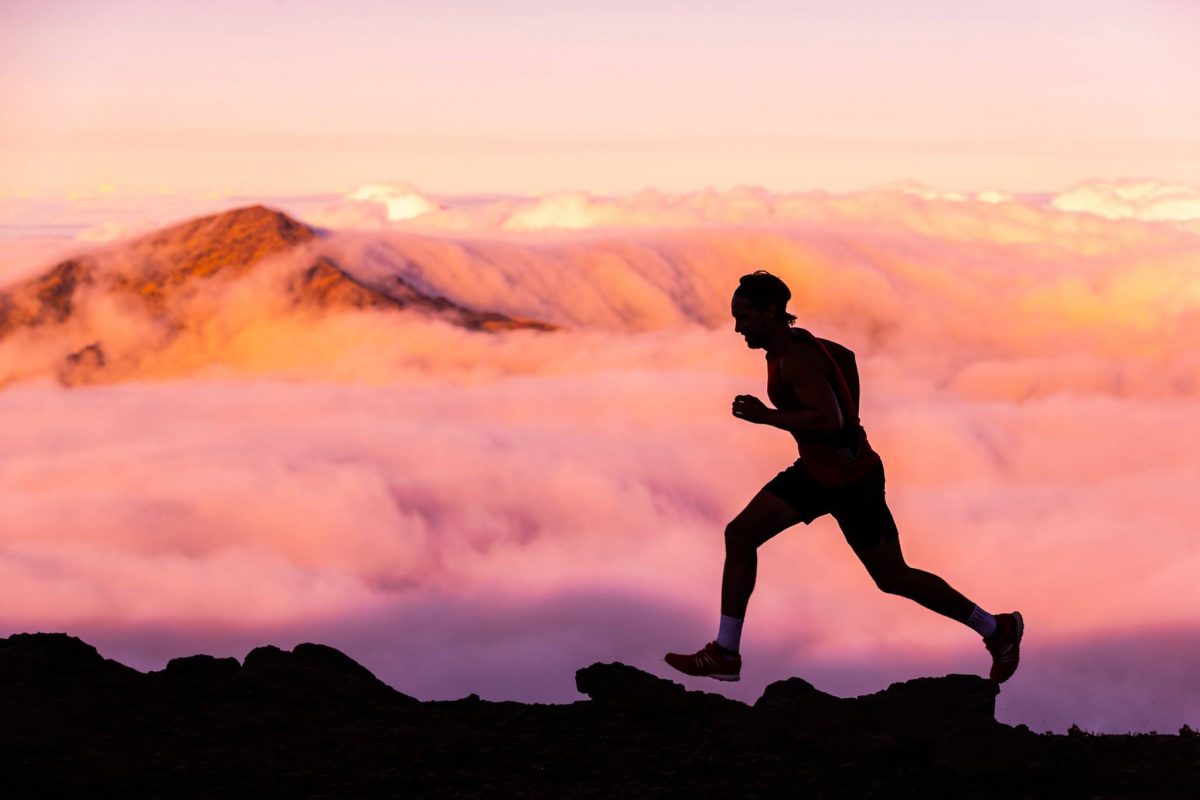 In this article I will describe to you the effects altitude training– via the use of altitude solutions – has had on my physiology and also my athletic performance. Outlining the available altitude solutions on the market, such as masks and complete rooms, I will focus mostly on the altitude tent. Explaining both the process of sleeping in an altitude tent and how long does altitude training last for after you conclude your required dose. Throughout this piece I will be pointing to my own blood tests (detailed below), which ultimately provide compelling analytical evidence of the advantages of altitude training. Notably – sleeping high and training low!

What if I told you, you could get the same gains from sleeping at altitude as you could from taking performance enhancing drugs, such as EPO?

As an athlete – amateur or professional – there’s no doubt we all look to improve our performance external to training time, nutrition, and appropriate recovery.

I would assume you have your favourite pre-workout meal or supplements, post work out protein powder, and maybe some day-to-day vitamins and minerals that you believe ultimately make you a better performer.

Creatine, amino acids, beta-alanine, and caffeine, are common in the world of cycling too.

All suggest an improvement in performance, but outside of the way we feel from taking these supplements, it’s very hard to quantify the impact.

So, if I told you I had a 6.2% increase in haemoglobin – a protein in red blood cells that carries oxygen to the working muscle – what would you say?

Does this become a no brainer for all athletes that want to improve performance?

After my personal experiences, I think it should.

But I know there are some drawbacks or considerations we need to dive into, so I can paint the complete picture before you contemplate further about improving your performance through attitude solutions.

Before we talk specifically about sleeping in an Altitude tent – a typical starting point for people looking into altitude solutions–  I wanted to start with making a more detailed comparison between blood doping versus sleeping at altitude.

Because they deliver the same outcome, except one is legal and the other is not.

The idea of blood doping or sleeping at altitude is to increase one your haematocrit, which is essentially red blood cells in the body that carry oxygen.

Haemoglobin is an oxygen-carrying protein that  enables humans to deliver greater amounts of energy to the working muscle. Particularly beneficial for endurance sports.

Thus, haemoglobin is basically where you want to be focusing.

My increase in haemoglobin during the 4-week period sleeping at altitude rivalled the increase you would get with blood doping.

But let’s start with Blood Doping

There are 3 commonly recognised types of blood doping

The benefits of blood doping are:

The disadvantages of blood doping are:

There are multiple ways of sleeping at altitude:

The benefits of doing so, are:

The disadvantages are, and this is where I’ll talk about how I could improve the experience of being in a tent shortly:

So that’s my comparisons.

I know which one I’d be choosing every time. So, on that, if you’re now thinking of jumping into a tent, here are some words of wisdom.

While you don’t have to sleep in an altitude tent to get a required dose of altitude (8 hours per day); setting up an entire room at altitude – an office or bedroom – is a more expensive proposition than a tent. That would perhaps be phase 2 of your altitude training process.

While the costs of a complete room are diminishing rapidly – costing roughly $7,000 AUD – if you’re going to dip your toe in the water first, there’s no doubting you’d be starting where I did. Tent!

This is where crossing the linecomes into play, in my opinion.

Are you willing to sleep in a tent? Despite the proven scientific gains?

Some people may mock you.

As mentioned above, my family certainly probed me and gave me some odd looks when explaining the canapé that was obstructing our typical bedroom aesthetics.

My wife even said – “Out of all the biohacking stuff you’ve done – Wim Hof ice baths and the 5 day fast– this is the strangest one by far”.

A week later I was told to move upstairs.

So, the tent itself comes with some baggage! I’m conscious that some will not be able to get past this despite the proven gains.

What a shame that is.

My 3 Lessons – Sleeping in an Altitude Tent

For those of you who can get past this (well done!) – after spending a full month sleeping in an altitude tent – I reflect on three things I would do differently if I had my time again.

1/ Picking the best time of year.

Travel:I was in the tent at least 5 out of 7 nights a week, which is the recommended approach. You’re in the tent more than you’re out. What this means is that any travel you have planned could disrupt your routine. You want to ensure you have a clear run.

Work & commitments:There is no doubt you will have some poor sleeping experience in the tent, especially when you are acclimating to the altitude increases throughout the 4-week period. And the first full week is a little rough. If you have any major work presentations or a big week on the tools, you may want to wait until a quieter week presents itself, before you start your four weeks.

Room temperature:You heat up in the tent. Your body has to work a little hard to deal with less oxygen consumption while asleep. Therefore, if the outside of the tent is also warm, you will cook yourself. Thus, you want to be in a room with air-conditioning (I set mine to 21 degrees and was fine), or you want to sleep in the tent during the cooler months of the year.

2/ The right bed and room

I changed beds twice while in the tent and realised after changing I’d made the environment a lot better, despite the fact I was in an upstairs bedroom, which gets more heat!

The bed I was originally on had a thick mattress. This led to less space between myself and the top of the tent, creating a claustrophobic environment. I woke up in a panicked state a few times under this environment, whereas when I moved upstairs, the mattress was thin. This created more space within the tent and I felt more comfortable with fewer startled midnight wake ups.

The tent is plugged into a machine, which depending on the version you have access to, will make some noise. It’s important to have access to a side room that you can put the machine in. An extended hose enables you to connect the tent over a 5-10 meter distance.

3/ Factoring in your training plan

I’ve already mentioned some disrupted sleep during the initial periods. In addition to this, your physiology is changing. You will note a much more vascular self as you start approaching week three and four. It’s quite incredible.

As a result of these physical changes your body will be dealing with some slight fatigue. Adding an intensive training program on top of this could be overwhelming. Especially if you have young kids and/ or a busy lifestyle. We all know how we feel after a solid week or two of training!

Therefore, the ideal time to get your major dose of altitude in would be during a lighter period of training. Notably training your base. Then, when you start building in your efforts and training harder, you would revert to a maintenance program in the tent, where you’re in it 2-3 nights per week, instead of 5. Alternatively, the physiological effects of the tent last 60-90 days, so you may conclude with in the tent before your heavy training begins.

See my blood test results below. Points to note:

Listen to the podcast:

This is a podcast discussion with Rico Rogers (Box Altitude) and Cam Nicholls (Bike Chaser) before the start of this project. Rico outlines the altitude solutions available to market and the benefits he’s seen first hand with himself and clients, while referencing comprehensive research studies.

Racing My Bike (How I Felt)

I race criteriums. One hour, around in circles. Normally with a sprint finish.

Is it the best benchmark to test my 6.2% increase in haemoglobin?

Whereas a time trial or race against the clock. That would be the ultimate event. Or even a longer style race that requires significant strength and endurance.

Having said that, under the influence of boosted haemoglobin levels, I felt strong in the criterium races I got to participate in.

While it was only a handful of races I got to do in the end – due to moving the family interstate shortly after coming out of the tent – when I reflect, this is what comes to mind:

The ability to go with multiple attacks. When racing an A Grade criterium, multiple leg tearing attacks will occur within the first 20-25 minutes. When you’re not fit, you don’t go with any. You just follow the bunch and hope to hold on. When you’re fit, you pick your time and might go with one or two. Any more you go with, the higher probability you’ll be too cooked to hang onto to even finish the race.

Under the influence of a boosted haemoglobin, I was able to go with multiple attacks. I recall a race when I may have been involved in 3 or 4 in the first 10 minutes. The last one I went with stuck. Rolling in a break for almost an hour, which isn’t an easy feat. I was then able to attack the break in the final lap. On two occasions. I was away on both occasions but didn’t create enough gap to win or podium. But I got close. And as I reflect, I was strong.

I also noted many high-end power spikes over 1200 watts. Not being a sprinter, I would seldomly see my highest power over 1000 watts in a criterium. Every criterium I did in the last month before leaving Melbourne, I was hitting between 1,100-1,300 watts.

Lastly, I recall a race at a super hard course. It was windy that day. 60 started, and roughly 10 finished. The last two laps I was able to attack the bunch on two separate occasions. I was 20 metres from pulling off a 2ndthat day. An avalanche of the remaining bunch flew past me just before the line! And as I reflect, I was strong.

Conclusion, & the technology is getting better…

If you’re an athlete targeting an event, or you just want to improve you’re general well-being – there’s a lot of research more broadly on the benefits of having more haemoglobin, such as concentration, work efficiency, or longevity – the data and scientific backing for altitude solutions should be a no brainer. My results above just add to the pile.

While I have exposed some drawbacks from sleeping in an altitude tent, the technology is improving significantly. I was fortunate enough to try a silencer nicknamed “the silent treatment” which meant the altitude air was almost completely silent. A Massive advancement in my opinion. Additionally, Box Altitude are developing apps, and tools which enable you to better measure your progress and monitor your sleep, to ensure your experiences can be fine-tuned and optimised for comfort and performance gains.

Either way, this stuff actually works. No question. And if you’re an elite athlete, in my opinion, you’re losing out if you’re not doing this.

Hear from Rico at Box Altitude in this video: