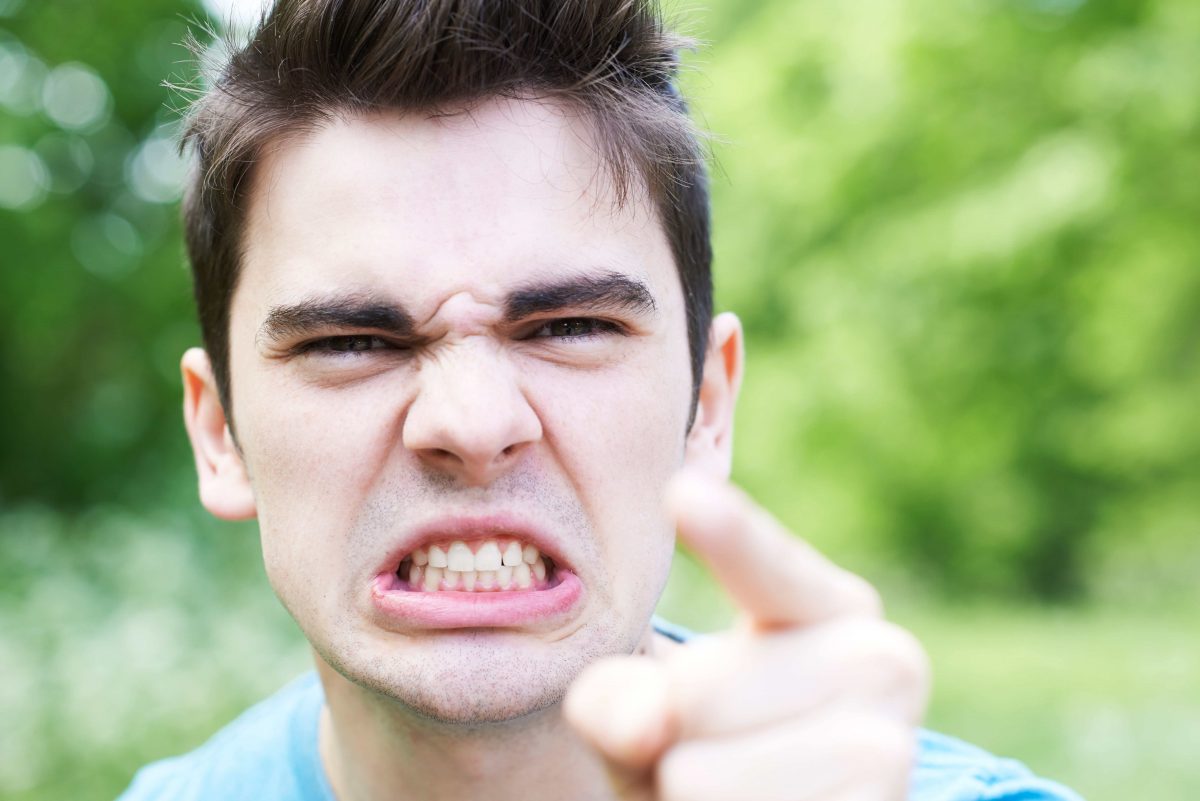 Nine years ago I landed in Australia for the first time. I had just used my one-way ticket from Copenhagen to Melbourne and all my possessions could fit in two bags. I had come to start a new chapter of my life in Australia.

My then-girlfriend-and-now-wife picked me up from Melbourne Airport just after sunrise, and on the way back to the house we took the scenic route down Beach Road.

There, I saw something I didn’t expect: people on bicycles and lots of them! Big groups of cyclists kitted up in colourful lycra outfits were passing in both directions. I was surprised to learn that cycling was so popular in Australia and that this stretch of road was one of the busiest cycling routes in the world.

Since then I have become a local, with my own true blue passport to boot, and I have experienced the Australian cycling culture first hand. Two things immediately fascinated me about cycling in Australia: firstly, there is a very strong passion and subculture around cycling that I did not see to the same extent growing up in Denmark. Sure, you’ll find passionate, lycra-clad cyclists anywhere, but in Northern Europe they’re often confined to being members of cycling clubs.

In Australia the weekend warriors seem to be a dominant part of the cycling culture.

In Copenhagen, where I grew up, cycling is everywhere and a highly valued and respected part of society. People have a real appreciation for the utility of cycling: it’s a means of transportation that gives you exercise, it’s very cost effective and it reduces pollution and congestion in the city. The government has invested heavily in cycling infrastructure, so it’s just so easy and safe to get around by bike. That’s why cycling accounts for roughly 50% of the city’s commuting.

The second thing I noticed when I arrived in Australia was just how much hatred there is towards cyclists from certain segments of the population.

I remember the first time I experienced this blatant hatred first-hand. Some years ago, as I was riding home from work, a car pulled up beside me and a guy in the passenger’s seat yelled out “get a real sport you faggot”, before the car sped off aggressively. I was surprised and angry that someone decided to behave like that just because I had chosen a different mode of transportation to them. I was in a separated bike lane so I hadn’t slowed down or interfered with the car’s path, I was just the scum of the earth because I was riding a bike.

Since then, I’ve experienced plenty of near misses, aggressive swerving and people throwing eggs and other objects at cyclists from their car windows. We now have cyclist hate groups like Aussies over Cyclists, which has collected almost 20,000 followers on Facebook, promoting cycling hatred, celebrating accidents involving cyclists and wishing death upon those who ride bikes. It’s a scary mentality and a real problem in our society that we have a subset of the population who display such bigoted aggression towards other human beings.

You might say that these are just a few (thousand) extremists, so let me give you a more “everyday example” of this dogmatic resentment towards cyclists. The Adelaide Advertiser recently published a nice service article about the best Adelaide cafes for cyclists, which caused the following response from the general public:

Now, you might say “I’ve seen much worse”, but the point here is that a pretty benign article about Adelaide cafes ends up generating a myriad of hateful comments about cyclists. About how they take up space but don’t spend any money at cafes, how they smell, how they’re selfish, arrogant and without any basic manners, how they shouldn’t drink coffee and ride a bike, how they’re dressed as clowns etc. The list goes on.

If these cyclists had been wearing any other outfit than lycra, the cafes would just have been “busy”. The cafes next to my local gym are full of soccer mums in sweaty activewear, but (fortunately) we are yet to see any hate campaigns against sweaty and smelly soccer mums who take up all the parking with their SUVs and sit and chat for hours, leaving no space for real customers.

How cyclists can help themselves

Improving conditions for cyclists in Australia is not an easy job and it will require the cycling community to work hand in hand with government organisations, businesses and cycling interest groups to make a big change for the better.

Below are some things that you can do to help improve cycling safety in Australia.

It should be obvious, but sometimes we all need a reminder: when one cyclist behaves in a way that is illegal – or even just slightly annoying – it fuels the hatred towards cyclists in general. Running red lights, swerving into passing traffic, leaning against cars at red lights or anything else that might annoy other members of the public should be avoided for the sake of the greater good. Basically don’t give the haters a reason to hate.

2. Ride your bike and ride it often

The more bikes are out on the road, the harder it will be for other members of the general public to treat cyclists as outcasts. Ride your bike to the shops, ride with your kids to and from school, ride to work, go for casual rides on a Sunday afternoon or whenever else the opportunity arises. Ride in summer and winter, in lycra or jeans, and show Australia that cycling is big and here to stay.

3. Lobby your local politicians and vote for cycling

A large part of the reason why cycling is so safe and enjoyable in the big cycling nations of Northern Europe, is that these countries have invested heavily in cycling infrastructure that keeps cyclists away from the road and reduces the risk of dooring incidents. You can learn more about what Australia could learn from these countries in this article.

The big cycling nations also educate children about cycling through “ride to school” programs, and learning how to navigate cyclists is a big part of getting a driver’s license. There is no reason why Australia couldn’t copy these initiatives to provide better cycling infrastructure and education. However, your local politicians need to know that these are important issues, so you can help by informing them of the issues you face as a cyclist and lastly vote for cycling-friendly politicians at elections.

4. Join cycling interest groups and ask more of them

Cycling interest groups such as Bicycle Network, Cycling Australia and the Amy Gillett Foundation all have the ability to influence politicians and lawmakers in your local area and beyond. Why not join them and become an active part of the solution to the problems that we face as cyclists?

5. Tell your friends and family what it’s like being a cyclist

Tell people around you what it’s like to be a cyclist in Australia. We probably all know someone who is a stubborn opponent of cyclists. Why not give them your perspective so they know what it’s like to vulnerable on the road?

In case you run into some of the usual arguments, I’ll give you some ammunition:

Cyclists don’t pay rego and use the roads for free: rego, like most other taxes and levies, is not earmarked for roads but added into the general revenue pool. Road funding is then decided via the annual budget process. In fact, rego would not cover the cost of Australia’s transport infrastructure anyway, so if roads were paid for exclusively by motorists, our rego would have to be much higher. Most cyclists also have a car which is sitting in the garage while they ride their bike.

Cyclists don’t pay attention to traffic: it is a huge generalisation to describe all cyclists in this way, but there are some cyclists out there who could be more considerate of their surroundings. If these people have trouble riding a bike, they might be bad drivers too?

Cyclists need to be registered: in that case we would be the only country in the world with such a scheme. Registration will not make our roads safer or give police a better chance of fining cyclists who break the law. 3.6 million people ride a bicycle every week in Australia – do you really want all this extra traffic on the road?

What we’re doing at Bike Chaser

At Bike Chaser we have decided to help foster a better understanding of Australia’s bunch riding culture by creating a documentary on the topic, with a principal focus on Melbourne’s famous Hell Ride.

Our aim is to give the people for and against the Hell Ride a human face and bring out all the nuances of the ride that make people either love it or dislike it. Our goal is to remain objective and let the people tell the story – in this case avid Hell Riders, passionate opponents of the ride, police and cycling interest groups. The Hell Ride is in focus, but we think a documentary like this can help bring about a better understanding of the Australian cycling culture and bunch riding in general, to the benefit of cyclists and motorists alike.

It didn’t take long for me to realise that Australia is a wonderful place to go cycling. We have lots of space, beautiful nature and plenty of sunny days all year round. Personally, I’m glad I don’t have to push my bike through snow anymore!

Cycling can become an integral part of society in Australia if we all do our bit. We are all equal members of society after all, whether we’re riding a bike or sitting behind a steering wheel.